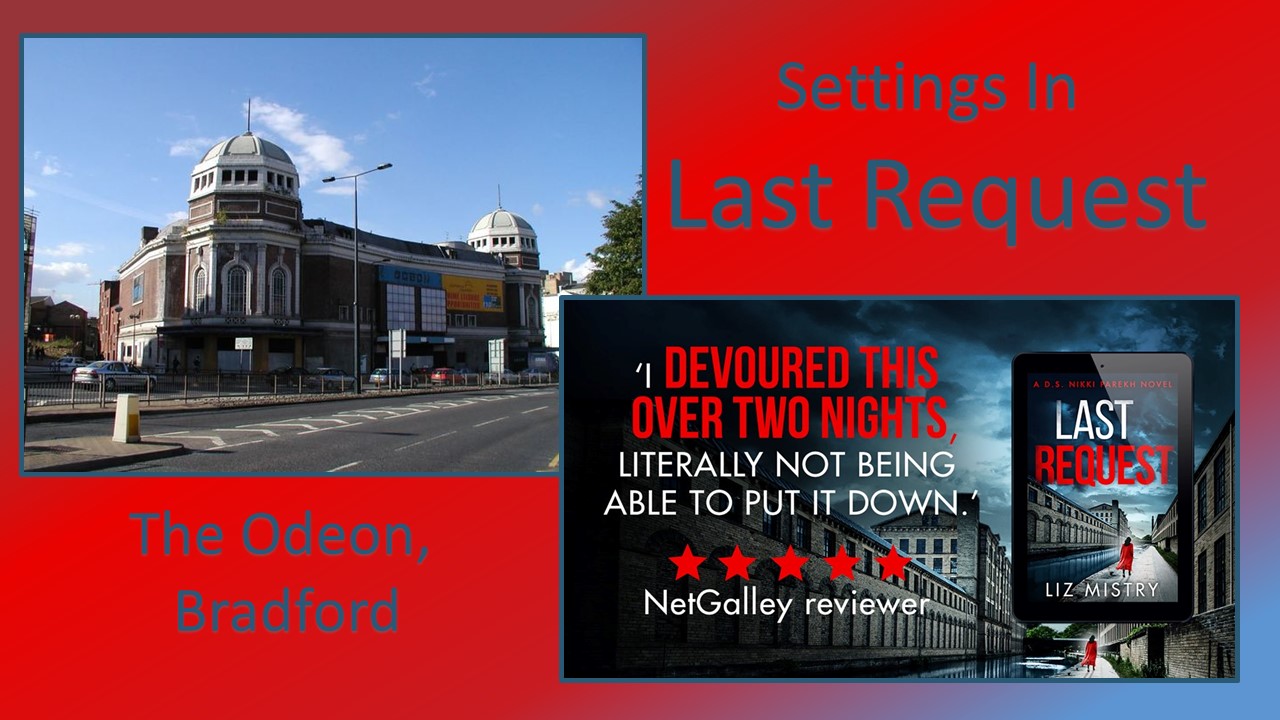 Bradford’s disused Odeon in right in the city centre of Bradford. In Last Request, the car park behind the Odeon building features quite heavily as the spot where the remains of my serial killer’s victims are discovered. Of course, that discovery has a major emotional and professional impact on D.S Nikki Parekh as she becomes under suspicion and is forced to take drastic action.

For Nikki, growing up in Bradford, a trip to the Odeon cinema was a very rare treat which she savoured. Her mum would sneak away from her abusive partner to treat Nikki and her sister Anika to a film at the Odeo. Although it wasn’t far from where they lived in Great Horton, it seemed like a real adventure to Nikki. Of course, it was also a time when she knew that she, her sister and her mum were safe.

Later, when Nikki fell in love, she visited the Odeon with her partner and again, it brings back fond memories for Nikki. She also often ate out at the Chinese restaurant near the car park and occasionally was forced to perform Karaoke there (something Nikki would never do now).

The Odeon, situated in front of the Alhambra theatre and opposite Bradford City Hall and the fantastically refurbished City Park, is currently being refurbished, with plans to reopen it in 2020.

For those of you interested, here’s a fascinating video of the refurbishment of this magnificent building.