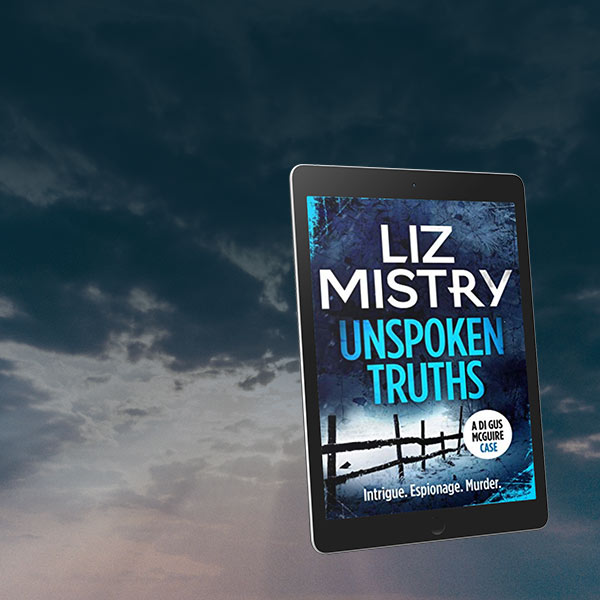 The Gentle Art of Murder

I do a lot of panel events, Noirs at the Bar, and creative writing workshops and often the first question on peoples’ lips is ‘Where do you get your ideas from?’

My response is usually something along the lines of, ‘If I tell you I’ll have to kill you’ and usually in a terrible American gangster sort of accent – think Clint Eastwood crossed with Al Pacino and you’re nowhere near on the ball.

The truth of the matter though, is that my ideas don’t ever come from just one source and, for me anyway, that’s the beauty of them. The knowledge that as I’m writing, ideas and disconnected thoughts will float into my head and connect on the page is both thrilling and a teensy bit scary.; What if one day the ideas stop coming? What if the drift in and evaporate on a puff of smoke before I’ve had a chance to get them down on the page? – oh the woes of being a pantster as opposed to a plotter!

In Unspoken Truths things are bad for Gus and for Alice. Unspoken Truths has been described as my darkest novel yet and I think that’s because I’m dealing with the slow decimation of a much-loved character (Alice) whilst she’s in prison.  A police officer in prison is never going to have an easy ride of it and a good police officer in prison will definitely not. From the start, I knew I was going to put Alice through the wringer – I just didn’t realise how much through the wringer I would go with it. So – where did the Alice’s storyline come from? In all honesty, I channelled a lot of my own personal despair into her. When I was in the depths of my depression, things were really bad and I wanted to channel that into Alice. Her slow mental deterioration, her depersonalisation, her drawing into herself have all been things I’ve personally gone through, but the main thing I wanted with Alice was to show her overwhelming strength. Her ability to rise above everything with strength and dignity. In putting Alice through the wringer, I also gave her the opportunity to show a side of her we’d never seen before.

In terms of the entire chemical weapon/terrorism angle, I suppose I was subconsciously influenced by the recent Novichok scare in Salisbury. These sorts of headlines are always ripe pickings for me to apply those big ‘WHAT IF …?’ questions that can lead to many weird and wonderful thought processes and that combined by a recent holiday in North Cyprus was probably the basis of my thought processes. In choosing to make the first victim close to Gus, I was able to increase the pressure on him to solve it – Of course more and more pressure was subsequently exerted by his ex – wife Gabriella – Do we like Gabriella? – Well, I’m definitely getting mixed feedback about her (author rubs hands in glee – it’s always good to have a ‘hate’ character).

The idea of the weather as a character (Unspoken Truths is set during The Beast from the East) came towards the end. What better way to make it harder for Gus than to have him fighting not only the villains, his guilt over Alice and his own mental health issues, but to have him also battling the elements too. I really enjoyed doing that. The research into different Beast from the East scenarios was brilliant as it allowed me to consider rough sleepers during extreme weather, ordinary peoples responses to it, the marijuana farm that was discovered due to the storm and of course Piers Morgan being daft about Northerners.

Hope you enjoy reading Unspoken Truths as much as I enjoyed writing it.